GUM delegation at the 36th meeting of WELMEC Committee

On 10-12 April 2019 with the participation of the GUM delegation, the 36th meeting of the WELMEC Committee, the decision-making body of this organization, was held in Brno.

During the meeting, a number of the most important issues concerning the functioning of WELMEC were raised. Among the important points of the meeting were, among others, the discussion on the future legal form of WELMEC. One possible solution is the adoption of a legal form known from the EURAMET organization, an association based on German law. In addition, participants discussed the possible connection to EURAMET. The important decisions made during the meeting were personnel matters: the election of the new chairman of WELMEC, which became the head of the Czech Metrology Institute, the Vice-Chairman (choice for the next term of the Austrian representative), and four members of the chairperson's group. During the meeting, reports on the work of WELMEC working groups and financial reports were also adopted. 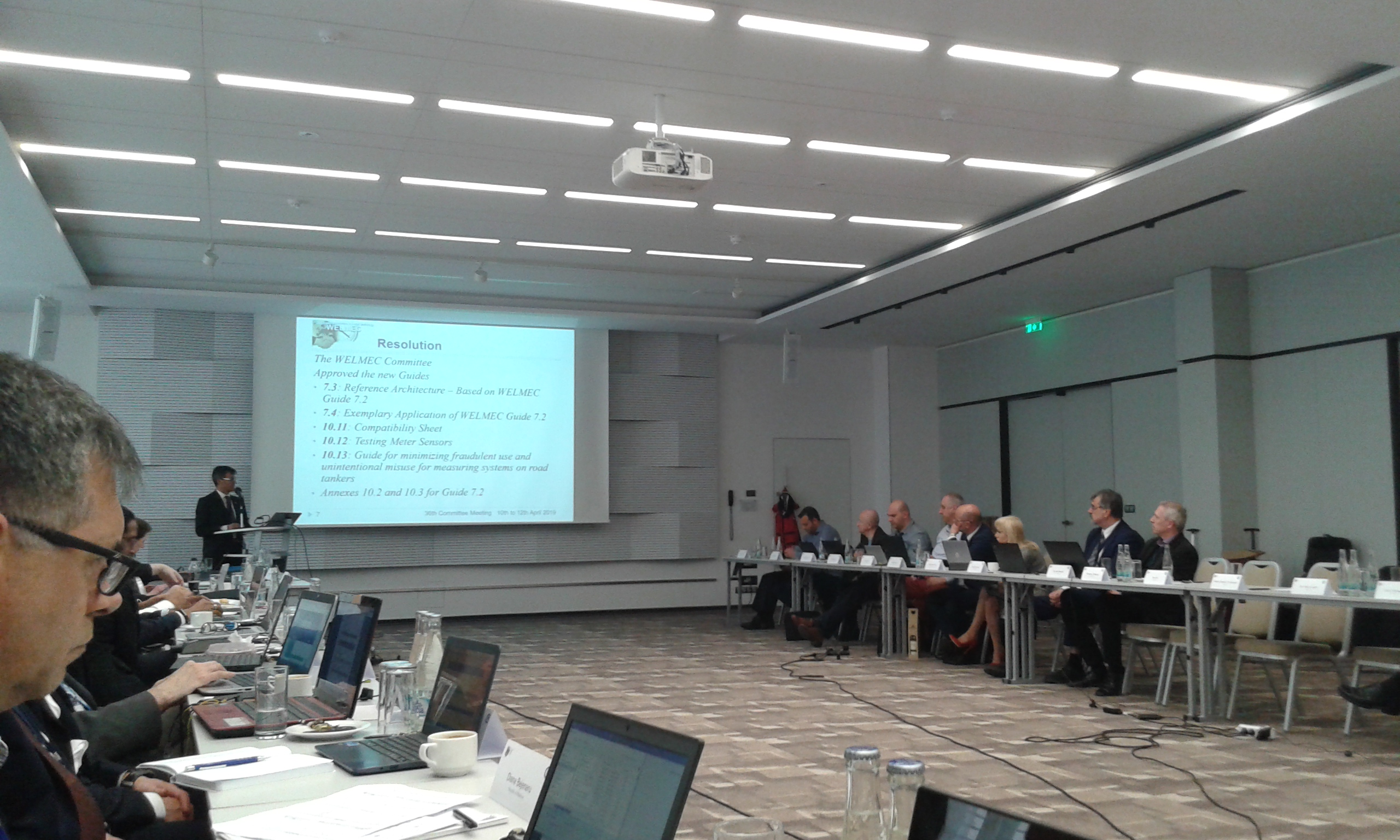